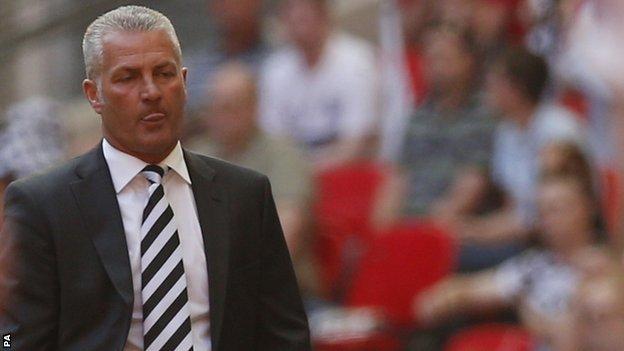 Gateshead manager Gary Mills says his players will be stronger for the experience of on Sunday.

Defeat by Cambridge United at Wembley meant the Heed missed out on ending their 54-year Football League absence.

Cambridge went two goals up and despite Jack Lester pulling one back, the Tynesiders could not find an equaliser.

The Conference Premier promotion final between Gateshead and Cambridge was Gary Mills' third visit to Wembley. As York boss, his side won the FA Trophy and then Football League promotion.

"I told the lads that they'll be better for it. My job next year is to emulate or better this season," said Mills.

The 52-year-old oversaw a remarkable run at Gateshead International Stadium this term having with the club 19th.

Gateshead with a 12-match unbeaten run to secure third-place - their highest finish since exiting the League in 1960.

Currently, the club's full-time status is funded by chairman Graham Wood, who watched the Heed during their heyday.

"I'm very proud of the players and the fans were absolutely superb, but it's a sad day for us," Mills told BBC Newcastle.

"It's hard to take when you come this close. I'm especially gutted for the chairman - we worked so hard together to get here."