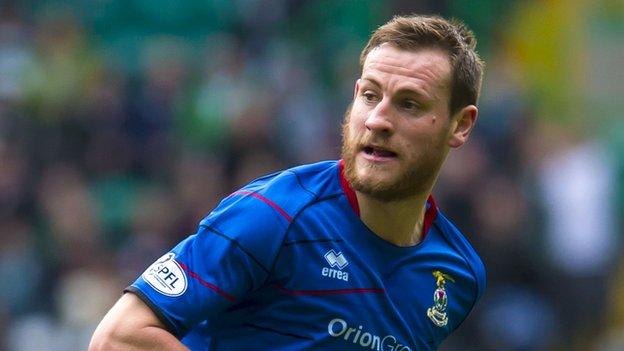 The 29-year-old is a regular in the heart of John Hughes's defence, making 40 appearances this season.

Warren said he was delighted to commit his future to Inverness, describing it as a "real privilege" to play for a such a "special" club.

"Gary is a fine player and a great type to have," Hughes told the club's official website.

Hughes added: "This is an important step towards the continuity and stability of our squad which I'm seeking."

Warren, who joined Inverness in June 2012 from Newport County, has agreed a deal to remain in the Highlands until 2017.

"I've really enjoyed living in Inverness and playing at the top level," he said.

"Playing for this club is a real privilege, I have never been at a club before that embraces and engages with the community as we do at ICTFC. We may be small in numbers in comparison to other clubs, but we have something special from top to bottom.

"Finishing in the top five two seasons running is quite an achievement, and we're looking to build on that. We will always look for continual improvement, that's just the way we are at the club.

"I am keen to start my coaching badges, and have discussed and agreed this with the chairman and John. I see this adding a further dimension to my game and I am keen to help and assist the club in any way I can."