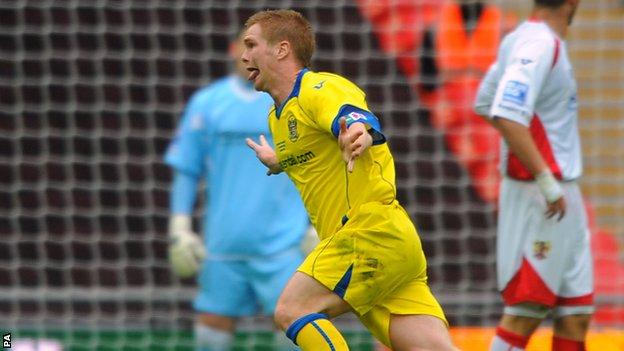 The Barrow-born 30-year-old scored 36 goals in 84 league starts in his first spell and helped the Bluebirds win the FA Trophy in 2010.

Walker signed for Forest Green in January but after ending the season where he netted six times in 10 games.

He has now agreed a two-year contract with the Conference North Bluebirds.