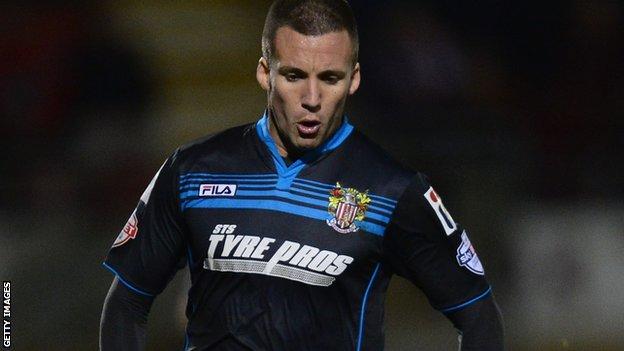 League One side Crawley Town have signed Stevenage midfielder Jimmy Smith for an undisclosed fee.

"Jimmy is an aggressive, energetic midfield player and I like his attitude," Crawley boss John Gregory told the club website.

"He's a warrior and he galvanizes the players around him.

"He's got a lot of experience at this level and I think he's capable of even more and I'm delighted he's coming to Crawley because I think he can really improve our squad."