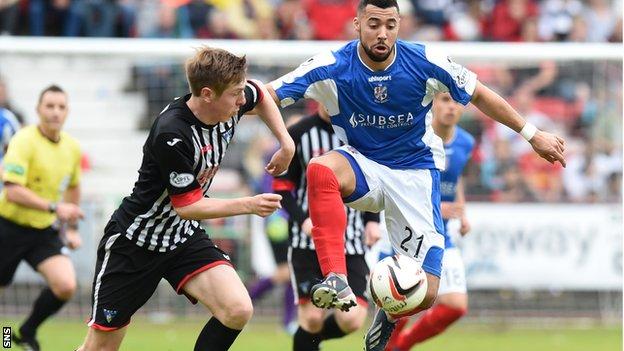 Cowdenbeath striker Kane Hemmings is to have a trial with new MLS side Orlando City this week.

The Scottish Championship player of the year scored 24 goals this season as the Blue Brazil avoided the drop thanks to Sunday's play-off win over Dunfermline.

Hemmings' contract ends this summer and the 23-year-old is also thought to be a target for Hearts and newly-promoted Premiership side Dundee.

He could play for Orlando in a friendly against Italian side Roma on Friday.

The Florida-based club will play in the MLS for the first time in the 2015 season, as part of the league's expansion programme.

Hemmings moved to Rangers from Tamworth in 2011 and went on loan to Cowdenbeath last season, before joining the club on a one-year deal in the summer after leaving Ibrox.

He scored the opening goal for the Blue Brazil as they won 3-0 away to Dunfermline in Sunday's play-off final second leg, to secure a 4-1 aggregate win.