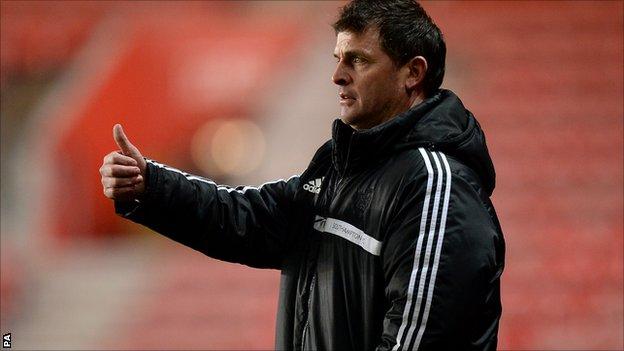 Jason Dodd and Paul Williams are to be replaced as Southampton's Under-18 coaches, reports BBC Radio Solent.

Former captain Dodd has been managing the Under-18, with Williams as his assistant.

The pair were responsible for bringing through several players into the first-team including defender Luke Shaw.

"Gutted for Doddsy and Willo, helped me a lot in my development over the years, wish them all the best in their careers," Luke Shaw wrote on Twitter.

This season Southampton's Under-18 side finished sixth in the Premier League - South table.

Their departure comes at a time when there is growing uncertainty surrounding the futures of manager Mauricio Pochettino and his first-team staff.

Southampton have declined to comment, because of ongoing contractual issues with the pair.