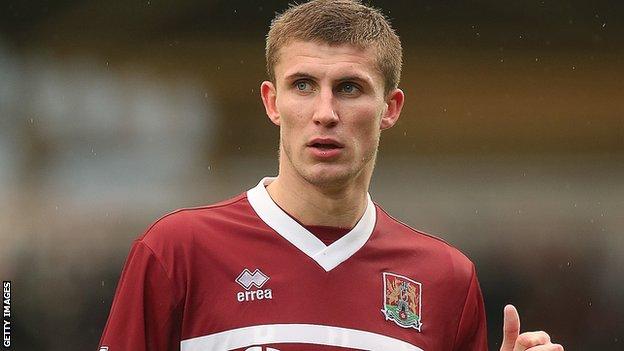 Promoted Rochdale have signed defender Sean McGinty on a permanent basis after a loan spell at Spotland in the closing weeks of last season.

The former Manchester United youngster, 20, was a free agent after leaving Sheffield United and has signed a one-year contract, effective from 1 July.

The 26-year-old started all but one of the club's competitive games in 2013-14 as Dale won promotion from League Two.

His contract was due to expire in the summer but assistant manager Chris Beech said the club were determined to retain his services.

"He got better and better as the season progressed and we're really pleased that we have acquired his services for another two years," Beech told the club website.

"His contract offer is deserved. He was tremendous this season and was a massive cog in the wheel, helping us gain promotion to League One."

Speaking about McGinty, who made just one substitute appearance during his loan spell, Beech added: "He's got a very good left foot, he's of good stature, he's of good size and he's still got lots of potential, so it fits us."