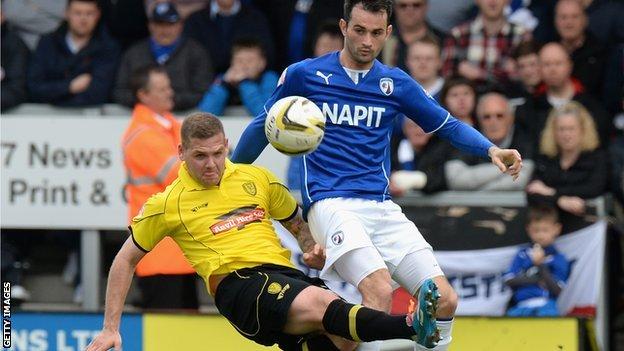 The 26-year-old has made 76 league appearances in two seasons with the Spireites after joining from Doncaster in June 2012.

"I've always wanted to stay here and the aim now is to go and have a good season in League One," he told BBC Radio Sheffield.

"I don't think we're looking to just consolidate this season, there's no reason we can't aim for the play-offs."

Richardson, who had a year remaining on his previous contract, joined the club last April after stepping down as manager of Accrington Stanley.

"The club's ambition matches mine and I am keen to help Paul Cook achieve further success after winning League Two," Richardson told the club website.

"With the tremendous backing we have received from the board, I can only see us going forward as a club and it's great to be a part of that."