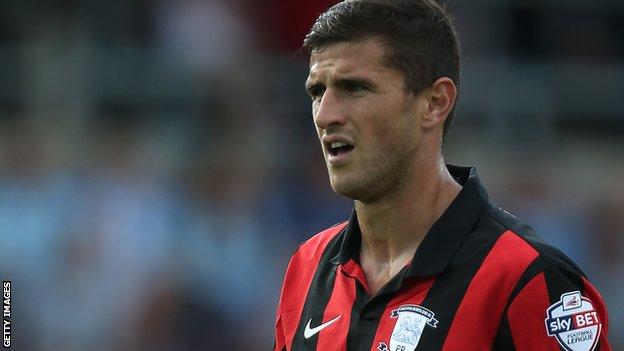 Decisions over the futures of Iain Hume and Shane Cansdell-Sherriff will be made after the League Two play-off final on 26 May.

Hume is on loan at Fleetwood, while Cansdell-Sherriff is with Burton.

Squads evolve, players leave and new ones come in, but what I will do is wish those players good luck in the future

In addition, Preston have taken up the 12-month options on the contracts of full-back Ben Davies and goalkeeper Steven James.

Manager Simon Grayson said: "These decisions have to be made. Most of these players have been out on loan at different clubs and have been successful with one or two of them and we move on as a football club.

"Squads evolve, players leave and new ones come in, but what I will do is wish those players good luck in the future," he told the club website.

"They have played a part in this football club and they have been fantastic professionals, never having one moment of trouble with them whether they have been in the team or not."

Midfielder Mousinho, 28, was named skipper by previous manager Graham Westley after joining in 2012.

But injury disrupted his first season at Deepdale and he struggled for first-team chances under Westley's successor Grayson, making just three appearances for the club last season, and ended the campaign at his former club Stevenage.

Preston lost 4-2 on aggregate to Rotherham in their League One play-off semi-final and will play in the third tier for a fourth successive year.