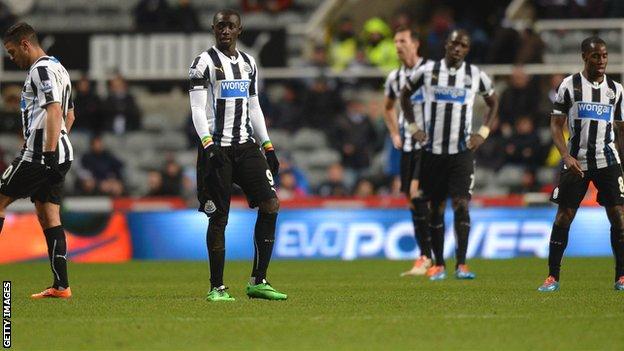 Newcastle United need to spend as much as £40m to sufficiently strengthen the squad this summer, believes former chairman Freddy Shepherd.

United are likely to miss out on a permanent deal for 14-goal striker Loic Remy after his loan spell while Yohan Cabaye is yet to be replaced.

coincided with a dip in form that saw just 12 points taken from the remaining 15 matches.

"They need to spend as much as possible," Shepherd told BBC Newcastle.

"You can never have enough money. When I was chairman we spent £300m and got into Europe and went to Wembley but we didn't win anything.

Newcastle's hierarchy confirmed their backing for despite a run of seven defeats in the last eight games.

The Magpies still posted a top-half finish as they ended the season in 10th, but sections of the support were audibly disappointed by their end of season decline in results and made their feelings known to Pardew from the terraces.

"Under the circumstances he did what he was told to do which was finish in the top 10," Shepherd added.

"If you aren't given the ammunition you can't fire the gun, that was Alan's problem. It's money at the end of the day.

"Every football club suffers injuries and sells players but Newcastle need the money to give Pardew a chance."