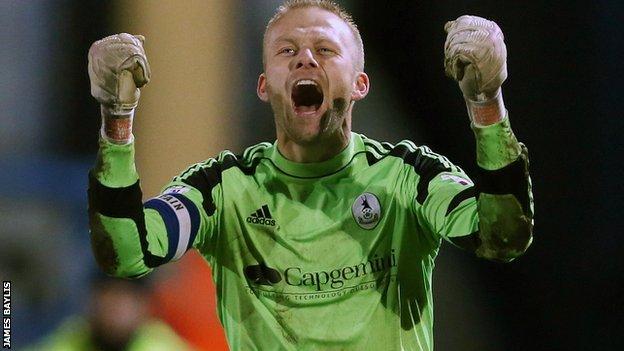 After seven years' service to the newly-crowned Conference North champions, Young's move to Havant & Waterlooville allows him to play closer to his home on the Isle of Wight.

Grand, 30, who is out of contract, is in talks with Barrow, while Benjamin, 22, is being pursued by another Conference North side, Stockport County, and is available to go on a free transfer, with a sell-on clause.

Telford have also been forced to release midfielder Matty McGinn, whose work commitments will not allow him to commit to Conference Premier football. He took the same decision not to step up to the top level of English non-league football when he helped Chester win promotion a year ago.

He becomes the 17th ex-Southport player brought in by Telford manager Liam Watson since he left Haig Avenue to take charge of the Bucks a year ago.