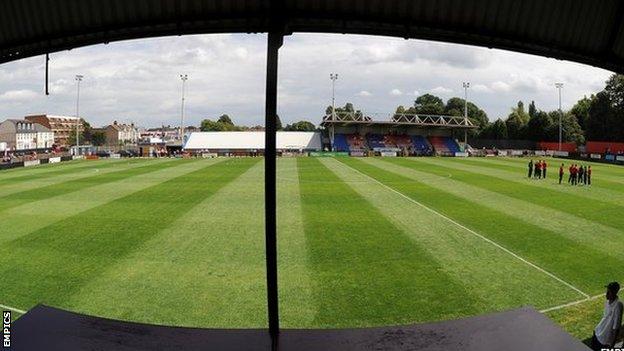 Centre-back Fagan, 19, has featured at both Under-18 and Under-21 level for the Gunners.

Left-back Jefford joins the Wings on a one-year deal after he was released by League One side Port Vale.

The 19-year-old began his career at Reading and has played for Conference South sides Boreham Wood and Basingstoke Town.