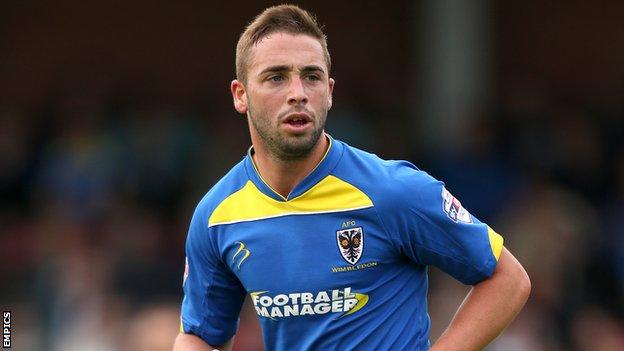 "There was speculation about me going to other clubs this summer, but my heart was always set on Wimbledon," Moore told the club website.

"I knew where I wanted to be at the end of the season and that was to be a part of this club."

Former Ipswich youngster Moore is Wimbledon's longest-serving player, having made over 130 league appearances since moving to Kingsmeadow from Dover Athletic.

"It's been a dream come true to be at this club for four years and I want to be here for years to come," he added.

"When I first came in I was made to feel so welcome. I wanted to be at this club for a long time and I'm delighted to still be here.

"I'm really excited about next season. The experiences of last season will make us stronger."

AFC Wimbledon have not disclosed the length of Moore's new deal.