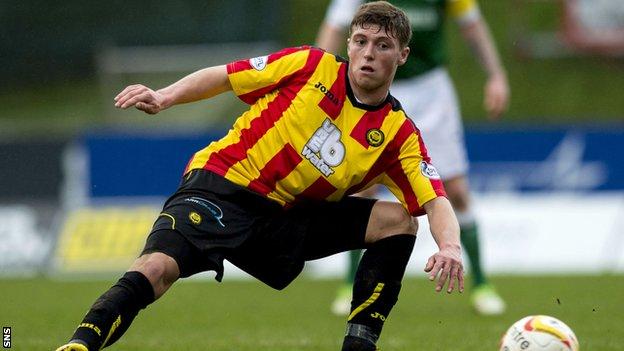 Partick Thistle's Gary Fraser has signed a one-year contract extension to keep him at the club until 2017.

The move became permanent in January and the 19-year-old helped the Jags secure Premiership safety with a goal in this month's 4-2 win over Hearts.

Earlier in the campaign, he served a seven-game ban for violent conduct during an under-20s match.