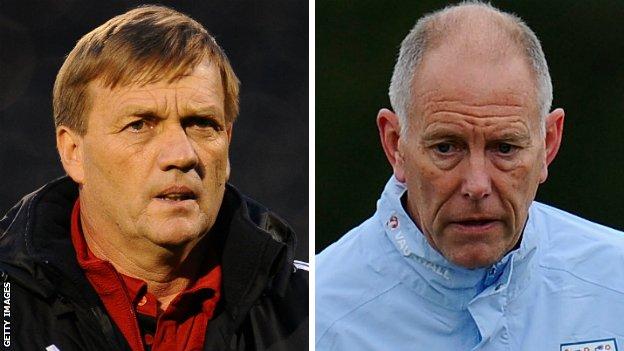 Nottingham Forest have "agreed in principle" to bring Steve Wigley and Brian Eastick to the club as part of Stuart Pearce's backroom staff.

Pearce, who takes over as boss at the City Ground on 1 July, worked with both coaches while England Under-21 coach.

Wigley has previously played for and coached at Forest, and left a post as head of coaching at Premier League side Fulham earlier this month.

Eastick was a Team GB assistant coach at the London 2012 Olympics.

Forest sacked former boss Billy Davies in March 2014 on the back of a 5-0 defeat by rivals Derby and announced Pearce's appointment a few weeks later.

Gary Brazil was handed temporary charge, but the Reds failed to reach the play-offs and ended the Championship season in 11th place.