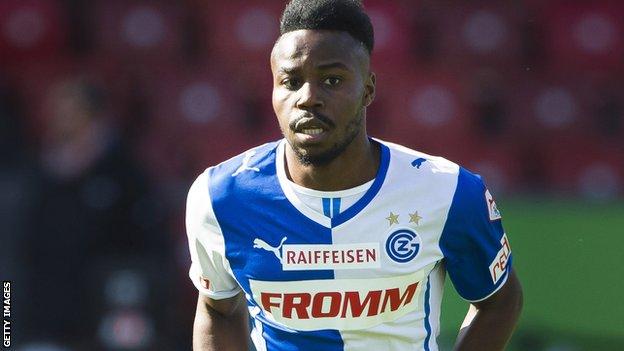 The 23-year-old DR Congo-born player, who came through the Swiss club's youth set-up, has agreed a three-year contract with the Championship side.

Seagulls chairman Tony Bloom said: "We concluded a deal to sign Toko before their season and ours had ended.

"Now that Toko has completed the season with Grasshopper Zurich we are delighted to welcome him to Brighton."

Toko, who has lived in Switzerland since the age of four, made over 100 senior appearances during his time with Grasshoppers.

He has represented DR Congo at international level in friendly matches but is also available to play for Switzerland, having become a Swiss national and appeared for Switzerland Under-21s.

Toko completed a medical at the Amex Stadium on Tuesday and will link up with Brighton when they begin pre-season training at the end of June.