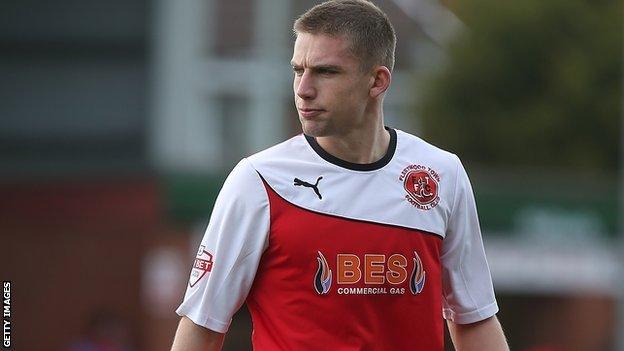 The 20-year-old has made four appearances for the Elland Road side, though he has not featured for them since the 4-1 win over Peterborough in April 2012.

He is currently on loan at League Two play-off finalists Fleetwood, and has played 41 times for Graham Alexander's side since joining in October.