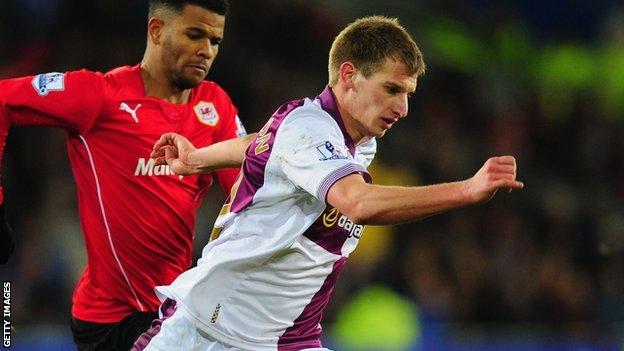 Aston Villa academy graduate Marc Albrighton has been released after 16 years with the club.

The winger, 24, joined Villa as an eight-year-old and became a first-team regular in 2010 but leaves having played 101 times, scoring nine goals.

"We wish Marc the best in his future career and acknowledge the contribution he has made to the club," said club boss Paul Lambert.

Striker Nathan Delfouneso, 23, has also been released after playing 50 times.

After making his debut at 17, he managed nine goals for Villa, but spent the 2013-14 season on loan at League One side Coventry City.

Albrighton won eight England Under-21 caps and played 21 times during the 2013-14 campaign in addition to four loan appearances for Championship team Wigan Athletic.