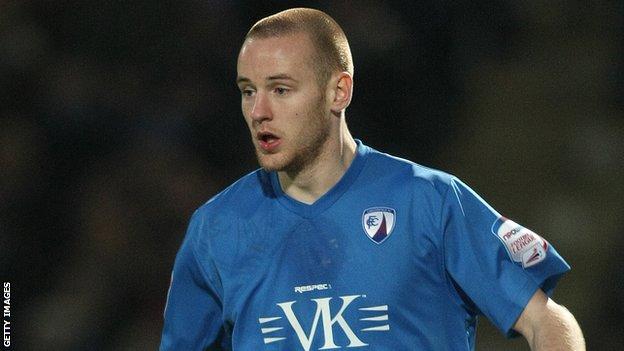 The 25-year-old forward has

Smalley scored 12 goals in 29 games in a loan spell at Chesterfield under Sheridan in the 2010-11 season.

"I like to think I did really well for him, hence why I'm here now," Smalley told BBC Radio Devon.

And he is already setting his sights on at least making the play-offs with the Pilgrims come the end of next season.

"Everyone who sees Plymouth Argyle thinks of a Championship club and where they were a few years ago," he said.

"If we can get them back there in the next three or four years that would be unbelievable.

Sheridan is confident he can get the best out of a striker, who also played for him when he was in charge at Oldham, despite Smalley scoring just 16 goals in the last three seasons while at Oxford.

"He's always done well when he's played under me, I've always got the best out of him, so hopefully I can do that again," he said.

"I put him in the team at Oldham when he was only a young player, he's got great attributes and I expect him to do a lot better.

"He did brilliantly for me the year when we won the league at Chesterfield, he scored double figures in the 20-odd games he played."