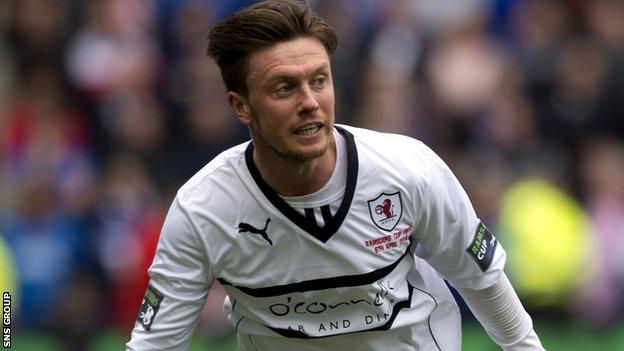 The 27-year-old scored eight goals in 39 appearances for the Stark's Park side this season.

Cardle began his career at Port Vale and has had spells with Clyde, Airdrie and Dunfermline.

"We have signed an out and out winger," said Staggies boss Derek Adams. "Joe is very creative and direct which will suit our style of play."