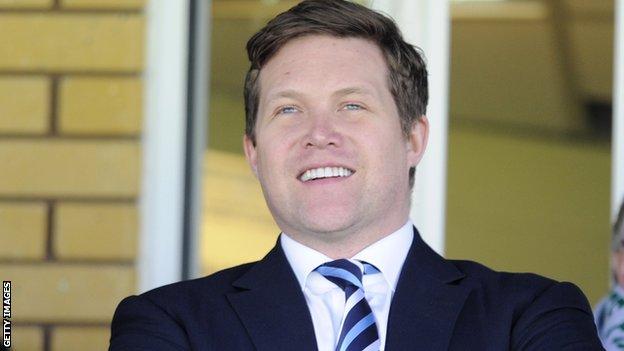 Ex-Leeds United managing director David Haigh has been arrested in Dubai after the former owners of the club accused him of financial irregularities.

GFH, a Dubai-based private equity group, claims the alleged wrongdoing is directly connected to their ownership and subsequent sale of Leeds.

Haigh, 36, was employed by GFH in December 2012 but resigned as an employee earlier this year.

He strenuously denies the allegations.

However he was arrested shortly after landing in Dubai and has spent the past three nights in custody on the strength of the allegations.

A close friend of Haigh's told the BBC: "David has done absolutely nothing wrong or illegal. He is appalled to find himself in this position.

"However, as someone who knows Dubai well and respects its institutions he is confident that the authorities will see these allegations for what they really are and clear him from any wrongdoing."

A Foreign Office spokesman said: "We are aware of the arrest of a British National in Dubai on 18 May 2014. We are providing consular assistance."