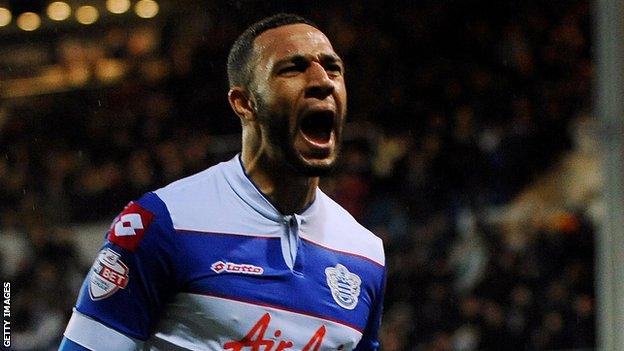 Wycombe Wanderers have been fined £10,000 for a breach of Football Association rules in the sale of Matt Phillips to Blackpool four years ago.

Agent Phil Smith will be banned for two years, 18 months of which is suspended.

The club, who are now under new ownership, were found guilty of arranging payment to the agent through a percentage of a future sell-on fee.

Phillips joined Blackpool for £325,000 and moved to QPR last year, which is when the offence came to light.

Both parties have the right to appeal against the decision, but Wycombe have said they will not take the option.

The Chairboys, who survived relegation from League Two on goal difference, were bought by supporters' group the Wycombe Wanderers Trust from former owner Steve Hayes in 2012.

In a statement the club said: "The Football Club has cooperated in full with the FA, acting in good faith and bringing the matter to the attention of the authorities once the irregularities were discovered in September 2013.

"At no point before, during or after the investigation has the club attempted to deceive or conceal information from the FA.

Smith, who works for agency First Artists, will not be able to represent clients throughout the summer transfer window.

Speaking to the Daily Mail he said: "It's ridiculous that I have been given such a ban when it was Wycombe who wanted to pay me that way."

Winger Phillips, 23, made 87 appearances for Wycombe before heading to Bloomfield Road, where he played 102 times and scored 17 goals.

He has featured 21 times in the Championship for play-off finalists QPR this season, and has been on target three times, but has not featured since suffering a leg injury in February.