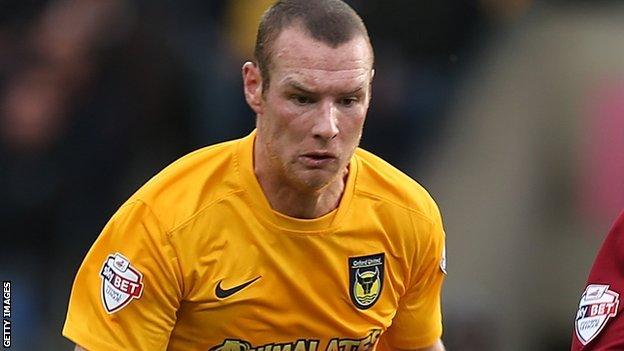 Constable, 29, declined a new contract with League Two Oxford to sign a two-year deal at the Spitfires.

He needed only one more goal to equal Graham Atkinson's club record of 107.

"James was keen to stay at Oxford and overhaul the club's scoring record - a feat that after six years of committed service he was desperate to achieve," said Eastleigh boss Richard Hill.

"He was initially holding out in the hope that Oxford would offer him fair terms to stay and do that. Oxford's loss, though, is definitely our gain.

"James is exactly the type of player that Eastleigh need to be signing, not only to meet our immediate objective to establish ourselves in next season's Conference Premier, but as a statement of where we view this club going in the long term.

"Don't misinterpret James dropping down a level as representing any lack of personal ambition."

Constable joined Oxford United permanently from Shrewsbury in July 2009 after a successful loan spell. He was the club's top scorer for each of his six seasons at Oxford, and was offered a new deal earlier in May.

He said his departure was a "sad" day but added he was relishing a new challenge.

"I have absolutely loved my time at the club and would like to thank everyone for making my time there so special," he said.

"The fans have been unbelievable and I can't thank them enough for everything. The club has been a massive part of my life for the last six years and it's sad to be leaving but now I am looking forward to the next stage of my career."