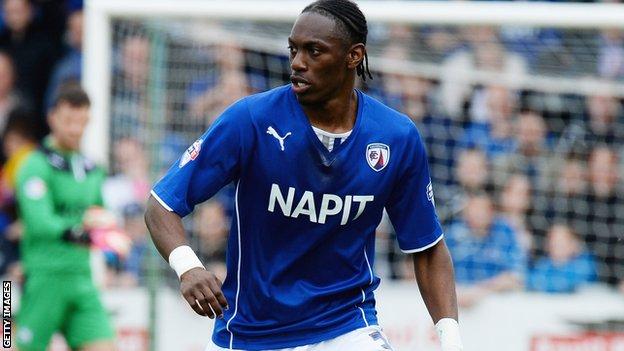 The 27-year-old has agreed a two-year deal with the relegated Championship club, and officially joins on 1 July.

"I am sure all the supporters will remember Nathan's style of play and we all look forward to welcoming him back," said manager Gary Johnson.

The 34-year-old scored six Championship goals this term as the Glovers finished bottom in their first ever season in English football's second tier.

from Doncaster Rovers in 2012, and helped the club to