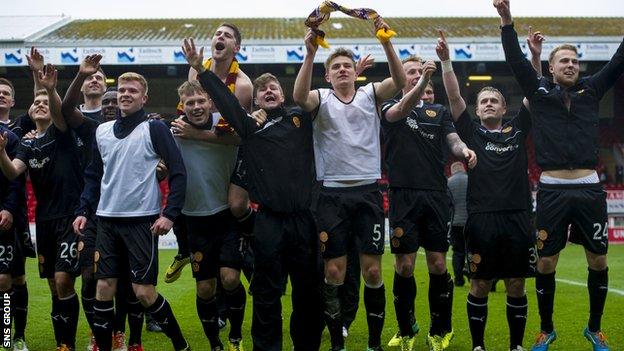 The midfielder has agreed a one-year deal at Fir Park, having left non-league Alfreton Town.

The club say the 24-year-old turned down offers from English League One to move to the Premiership runners-up.

"Nicky obviously enjoyed two great years at the club and couldn't speak highly enough of the place, the people and the fans," said Law.

Manager Stuart McCall told the club website: "We've had Josh up for training several times last season to look at him and we think he'll really add something to the squad.

"He's a similar type of player to his brother in that he's a midfielder who likes to get on the ball and create.

"We are really pleased to have him here and I am sure he'll add something a bit different to what we have currently."