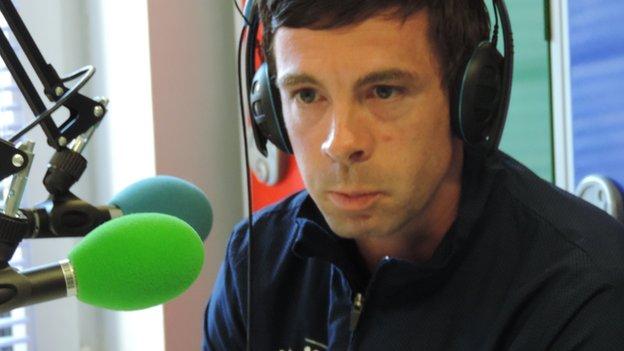 New St Paul's boss Paul Brannan says he would like to manage Jersey one day.

Brannan, who is hopes his time at St Paul's will provide him with the necessary experience to lead the island side.

"It is something which is an ambition of mine one day, but right now I probably think it's not the right time," he told BBC Radio Jersey.

Culkin resigned after the Jersey Football Assocition questioned his decision to pick who now plays professionally, as part of his squad for the earlier this month.

"I think my next step now, before ever considering the island job if it was an opportunity, would be to gain experience as a manager," said Brannan, who was previously assistant manager at Jersey Scottish.

"Taking the job at St Paul's gives me that opportunity to lead a squad rather than be a number two.

"Hopefully I gain good experience from this and, if in the future it's an opportunity that comes my way to manage the island team, hopefully I'm best placed for it after this experience."