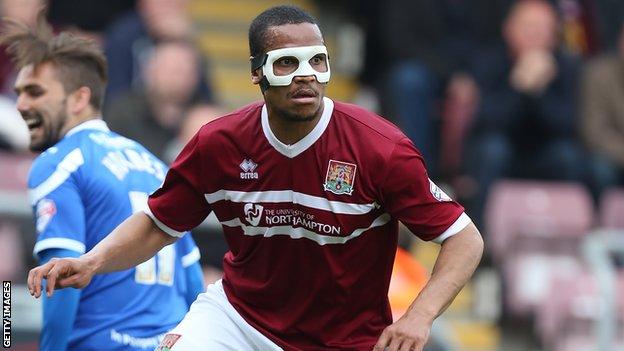 Northampton Town have not offered a new contract to Mathias Kouo-Doumbe and have released the defender.

The 34-year-old Frenchman played 34 times after joining in September on a deal until the end of the season.

"We can't over stock in one position at the expense of elsewhere," said boss Chris Wilder.

"Mathias has been really unfortunate not to get a contract here but we thank him for his efforts here and wish him every success for the future."

Former MK Dons and Plymouth man Doumbe, wearing a mask to protect a face injury, scored in the Cobblers' final-day win over Oxford United that saved he club from League Two relegation.