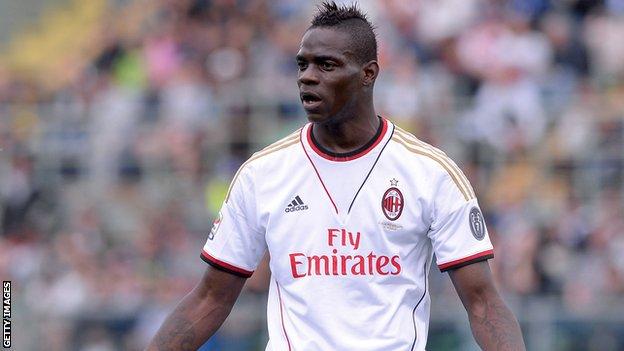 The AC Milan forward was the target of racist abuse from a group of men outside Italy's training headquarters in Coverciano, Florence on Wednesday.

"This is unacceptable behaviour," said Abete. "This should not happen - we will take this episode into account."

It is not the first time Balotelli, who joined AC Milan from Manchester City for £19m in 2013, has been the victim of racism since his return to Italy.

He had previously been racially abused by a section of Roma fans during a Serie A game against them.

But Abete, speaking to Gazzetta dello Sport, insisted: "The important thing is that this is only a minority and they have no regard for civil coexistence."

Italy team-mate Ciro Immobile added: "In 2014 we shouldn't have to deal with racism. We have to improve as a nation.

"Fortunately, Mario was very calm. We know how serious this is but we don't want to further discuss this within the group."