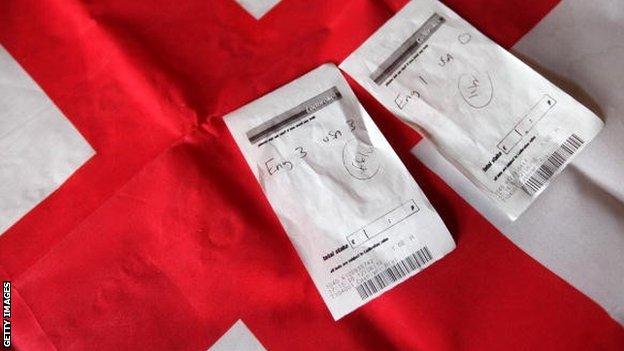 All professional footballers in England will be banned from betting on football matches from next season.

The new rules, ratified at the Football Association's Annual General Meeting on Wednesday, will apply to players in the top eight tiers of English football.

Players are currently banned from betting on competitions only in which their club is involved.

Under the new ruling, players will be unable to pass on inside information to a third party who uses it for betting.

Tottenham's Andros Townsend, Cameron Jerome - on loan at Crystal Palace from Stoke last season - and Newcastle's Dan Gosling, who will join Bournemouth next season, are among those who have breached current betting regulations.

The new rules, which will come into effect on 1 August, cover betting on all games around the world, as well as "football-related matter" such as transfers, managerial appointments and team selection.

They will apply to players in the Premier League, Championship, Leagues One and Two, Conference and top Northern, Southern and Isthmian leagues.