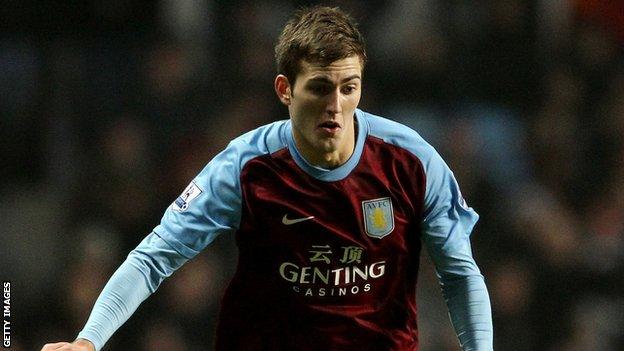 The 21-year-old did not feature for Villa last season after suffering a series of injuries.

He was loaned out to Sheffield Wednesday, but has now extended his contract as he attempts to establish himself next season.

"For me, it shows how much the club cares about me and sees me as a central player in the future," he said.

Gardner, whose older brother Craig joined West Brom this week, has not played in the Premier League for Villa since the final day of the 2012-13 season against Wigan.

"The manager and other people at the club believe in me and know what I'm capable of," he said.

"I want to be a big player for the team next season and I'm going to work as hard as I possibly can to demonstrate the potential they see in me."