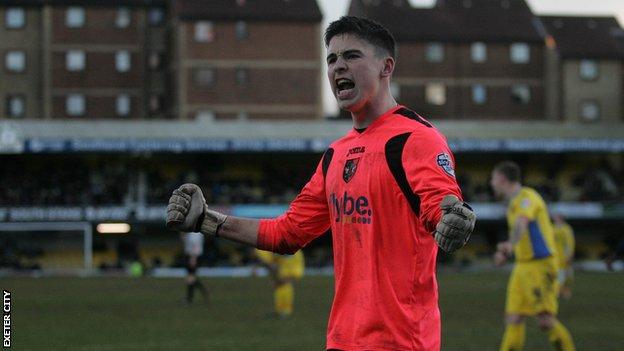 The 19-year-old, who broke into the Grecians' first team this season, is the first of Exeter's out-of-contract players to have agreed a new deal.

Pym made his debut in February's and played nine matches for City this season, including the last five as he ousted Artur Krysiak between the Exeter posts.

Grecians youth team graduate Pym's new contract length is undisclosed, and he could start the season as City's first choice after Krysiak was released earlier this month.