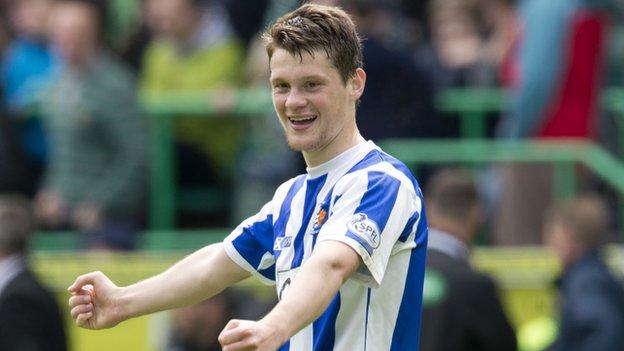 Kilmarnock have handed a new contract until summer 2016 to 21-year-old defender Ross Barbour.

Having come through the youth ranks at Rugby Park, Barbour made his debut in April 2012 under manager Kenny Shiels.

But he picked up an injury in May last year and it was not until 29 March that he played his first game under new team boss Allan Johnston.

Barbour said on Twitter: "Delighted to have signed a new deal with Kilmarnock. Hopefully kick on from last season."

The right-back made seven appearances at the end of the season, helping Kilmarnock avoid a relegation play-off.