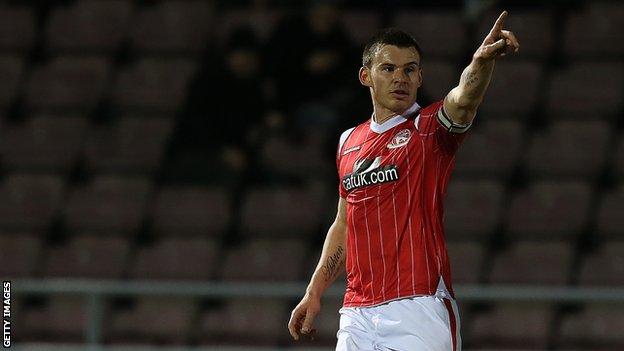 Captain Andy Butler has rejected the offer of a new Walsall deal and is free to discuss his future with other clubs.

The 30-year-old centre-back has skippered the Saddlers for much of his time with the League One side.

Butler, who has played 176 games for Walsall, was one of six players offered new terms earlier this month.

"It's his prerogative. He wants to be able to look elsewhere and see what other options are available," manager Dean Smith told the club website.

"If his future does lie away from us, we wish him well because he has been a fantastic servant to this football club over the years.

"He has been a tremendous captain and leader and a well-respected figure, both on and off the field. It's been a pleasure to work with him."

Butler joined Walsall in November 2010 and quickly became a influential figure at the club.

The Saddlers released eight players, including 17-goal top scorer Craig Westcarr, at the end of the season after finishing 13th in League One.