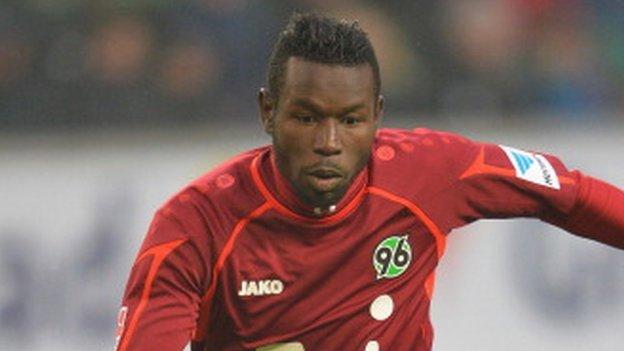 Senegal international striker Mame Diouf will leave Hanover 96 when his contract with the Bundesliga club expires next month.

The 26-year-old scored 35 goals in 71 games over two-and-a-half seasons with the Germans, after joining from Manchester United.

Hanover sports director Dirk Dufner said: "We have clarity, which is something we had wanted for some time.

"We needed a decision from him so we could start planning for next season."

Dufner added: "We will remember an extraordinary striker who became a crowd favourite in Hanover.

"We are grateful for his passion and commitment to our club."