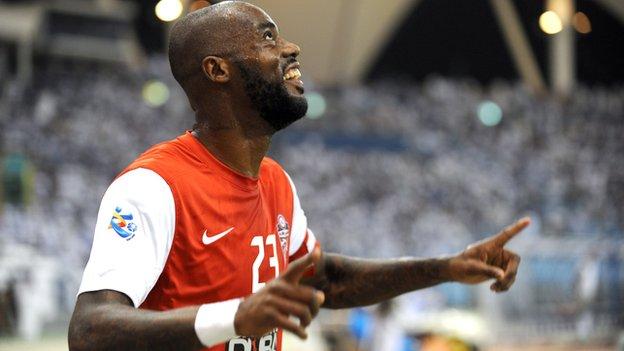 That haul puts them nine titles above Cairo neighbours Zamalek and 10 ahead of Etoile, the only side to win every African club competition.

The team from Mediterranean resort Sousse have lifted the Cup Winners Cup and Confederation of African Football Cup trophies twice and the Champions League, Confederation Cup and Super Cup once.

Ahly and Etoile met twice in Champions League finals during the past decade with honours even. The Egyptians won 3-0 overall in 2005 and the Tunisians 3-1 two seasons later.

Although the mini-league stage of the second-tier Confederation Cup kicked off only last weekend, pundits are already predicting an Ahly-Etoile decider.

The initial results did nothing to question that view with Ahly comfortable 2-0 home winners over Zambians Nkana while Etoile forced a 1-1 draw at Ivorians Sewe San Pedro.

Sahel fell behind during the opening half in Abidjan and had to wait until 11 minutes from time before levelling through Algerian Baghdad Bounedjah.

"It will be tough," admitted Ahly caretaker coach Fathi Mabrouk before the midweek departure for Tunisia.

"My staff have been watching videos of recent Etoile games to learn how they play.

"I want to win our first three group matches as that will leave us well placed to reach the semi-finals."

Veteran French coach Roger Lemerre has extended his six-month contract with Etoile and hopes to add the Confederation Cup to his list of successes.

Assistant to Aime Jacquet when hosts France won the 1998 World Cup, Lemerre guided 'Les Bleus' to the 2000 Euro title and Tunisia to the 2004 Africa Cup of Nations trophy.

Both teams have been hit by injuries with Rami Bedoui out of the Etoile squad and fellow defender Radhouene Felhi doubtful.

Abdullah Al-Saied has been sidelined for three months after breaking a foot bone against Nkana and fellow midfielder Hossam Ashour is another Ahly casualty.

Post-Arab Spring security concerns mean the crowd will be restricted to 8,000 in the 30,000-seat Stade Olympique.

In the other group match Nkana midfielder and captain Sydney Kalume returns against Sewe after missing Cairo through suspension and striker Festus Mbewe is available having returned from a loan spell with South Africans Golden Arrows.

"We have to win at home," conceded Nkana coach Masauso Mwale ahead of the match against Sewe in central city Kitwe.

San Pedro will hope the start of their visit is not a sign of things to come as the bus sent to collect them was impounded for speeding.