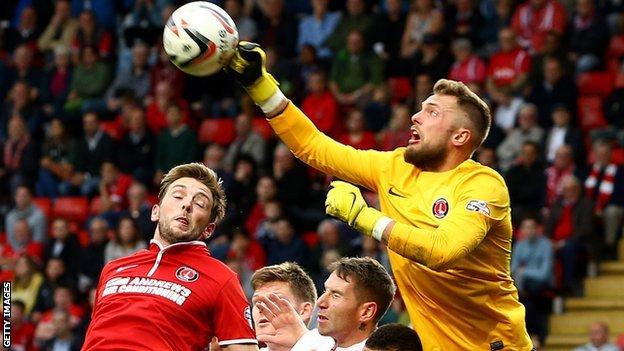 Leicester City have agreed to sign Charlton Athletic goalkeeper Ben Hamer on a four-year contract when his deal expires at the end of June.

The 26-year-old, who played 37 games last season, said on Twitter: "Delighted to have joined. Looking forward to the new challenge."

Hamer told the club's website: "Being involved in Premier League football has always been a dream of mine."

City have been in talks with Schmeichel, 27, and had agreed a deal with the out-of-contract Dane.

Hamer added: "It's fantastic to be here. It was an opportunity that was too good to turn down for me and I'm looking forward to coming on board and improving myself as a player.

"There are great staff here and it's a great set-up, so once the players get back there are all the ingredients to put in a great performance in the Premier League next season."