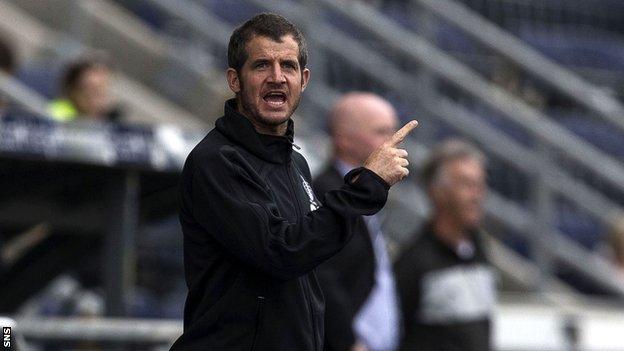 Hearts have appointed Stevie Crawford as their assistant head coach.

Neilson told his club website he was "delighted" that the former Scotland striker would work alongside him at Tynecastle.

"He's got a great wealth of knowledge and the boys will learn from him, especially the attacking players," Neilson said.

Crawford, who was assistant at Falkirk since 2011, was previously player-manager at East Fife.

"I know him well as we've worked together at Falkirk, attended SFA coaching courses together and, of course, played against each other," Neilson added.

"He'll assist with developing the players and he's got a great track record of producing talented young players at Falkirk.

"He's an international striker who's had a great career in the game. In the last six or seven years he's been focusing more and more on the coaching side of things.

Crawford, who enjoyed spells at Hibs and Dunfermline, earned 25 caps for Scotland.