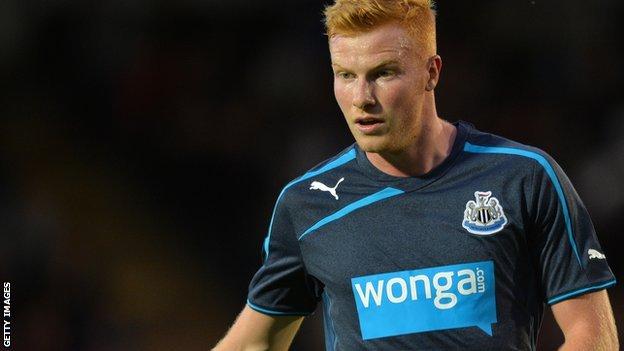 The 22-year-old has spent the last season-and-a-half on loan with Scottish Premiership side St Mirren.

He played 59 games in all competitions for the Buddies and scored the third goal in their 3-2 Scottish League Cup final win over Hearts last season.

Newton, who never appeared for the Magpies, is the League One play-off finalists' first summer signing.