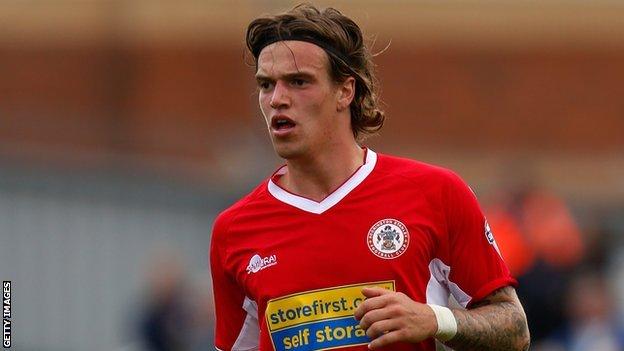 Cliftonville striker Liam Boyce and Accrington Stanley forward James Gray have been called into the Northern Ireland squad for the forthcoming friendlies against Uruguay and Chile.

Regular strikers Jamie Ward, Martin Paterson, Will Grigg and Kyle Lafferty are all unavailable for the two-game trip to South America.

The Solitude club have collected back-to-back Irish League titles, thanks in no small measure to Boyce's strike partnership with Joe Gormley.

Paterson and Ward both withdrew from the squad this week after initially being named in NI manager Michael O'Neill's panel for the matches.

Fleetwood midfielder Conor McLaughlin was called into the squad earlier this week.

McLaughlin will join up with O'Neill's party after Fleetwood's League Two play-off final against Burton Albion on Monday.

Northern Ireland play Uruguay in Montevideo on Friday 30 May and then take on Chile in Valparaiso on Wednesday 4 June.