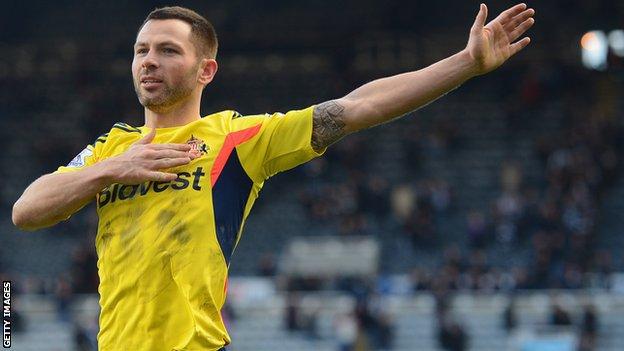 Stoke confirmed the 28-year-old will join the club on 1 July, when his contract with Sunderland expires.

Bardsley, who made exactly 200 appearances for the Black Cats, turned down the offer of a new deal at the Stadium of Light.

The full-back spent six and a half years on Wearside following a move from Manchester United in 2008.

Bardsley was largely frozen out at the start of the season under former Sunderland boss Paolo Di Canio, but returned to the first team under current manager Gus Poyet.

The Scotland international ends his time at Sunderland on a high after helping the club escape relegation.