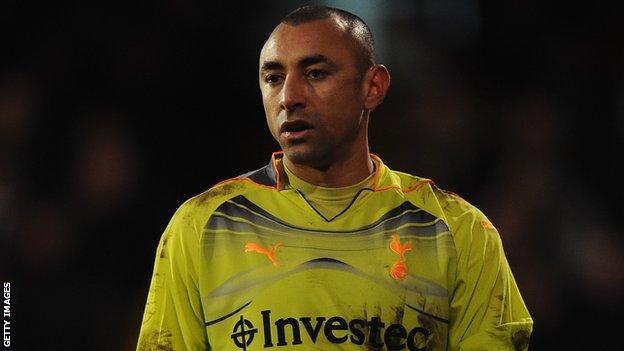 Tottenham goalkeeper Heurelho Gomes will leave the club when his contract expires next month.

However he has not played a game for the club since November 2011 with Brad Friedel and then Hugo Lloris becoming Spurs' first choice.

Gomes spent the second half of the 2012-13 season on loan at Hoffenheim, making nine Bundesliga appearances.

A statement on Tottenham's official website said: "Heurelho Gomes is to leave the club at the conclusion of his contract next month and we would like to wish the popular goalkeeper all the best for the future."