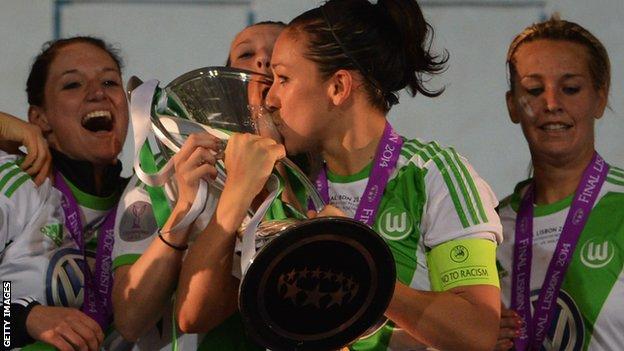 Martina Muller scored the winner for the second year in a row as Wolfsburg came from behind to beat Tyreso in the Women's Champions League final.

Two goals in two minutes from Marta and Veronica Boquete gave the Swedish side a 2-0 lead at the break in Lisbon.

Verena Faisst scored on her 25th birthday to make it 3-3 before Muller hit the winner 10 minutes from time.

The German striker was on hand to prod home after a mazy run from team-mate and captain Nadine Kessler.

Twelve months ago she scored the only goal of the game, from the penalty spot, as the German side beat then-holders Olympique Lyonnais 1-0.