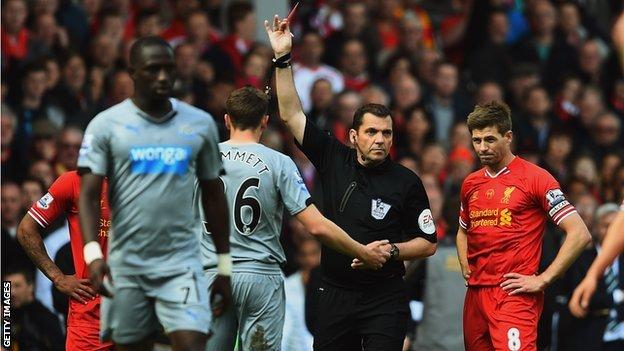 Newcastle defender Paul Dummett has received online death threats from Uruguay fans who blame him for the knee injury sustained by Luis Suarez.

Liverpool's Suarez, 27, had surgery on Wednesday, but is hopeful of being fit for next month's World Cup.

Uruguay fans have targeted Dummett, 22, via Twitter for a challenge he made in a Premier League game on Suarez, but it is not certain it caused the injury.

Dummett was sent off but his red card was later rescinded.

There had been no report of an injury for Suarez as a result of the challenge in Liverpool's 2-1 win over Newcastle at Anfield, but he complained of pain at the start of Uruguay's training camp this week.

Uruguay open their World Cup campaign in the Group D opener against Costa Rica on 14 June and then face England five days later.

Uncapped Dummett was called into the Wales squad on Thursday for their friendly game against the Netherlands next week.