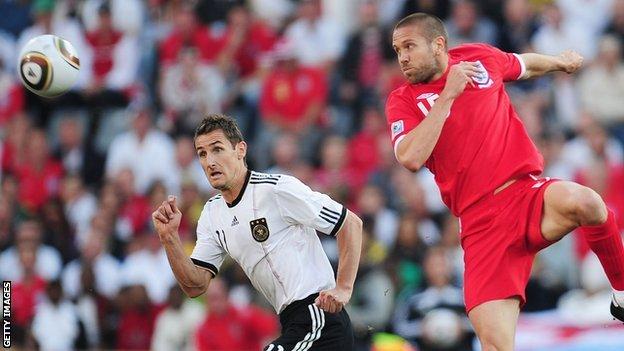 Leicester City have agreed to sign former England centre-half Matthew Upson on a one-year deal after he rejected a new contract with Brighton.

The 35-year-old played 47 games last term, winning Brighton's player of the season award and helping them reach the Championship play-offs.

Upson won 22 international caps and played at the 2010 World Cup.

Both players will join the Championship champions in July on free transfers.

Upson told the club website: "I obviously played against Leicester last season and I liked the way they played and the intensity that they had. It's an opportunity to play in the Premier League again, which I have been striving to do since I've been in the Championship.

"I enjoyed last season and had a great time at Brighton, but it's too good an opportunity to turn down."

Leicester have now announced three signings in two days following the arrival of Charlton goalkeeper Ben Hamer, who has agreed a four-year deal with the club.