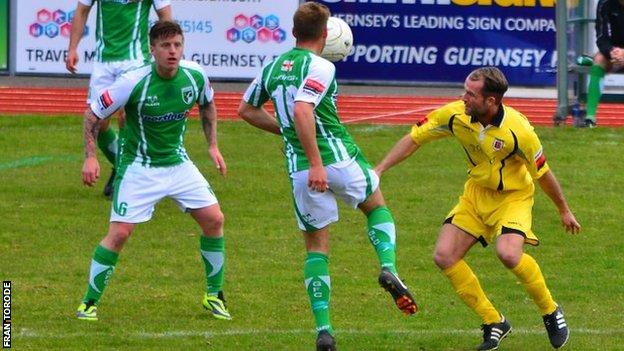 Guernsey FC will host two sides from the Conference South in pre-season.

The Green Lions will host Havant & Waterlooville on Saturday, 19 July and Gosport Borough on Friday 1, August.

Guernsey had already earlier this month.

Spelthorne were the when they defeated them in October 2011, as the Green Lions went on to win the that season.