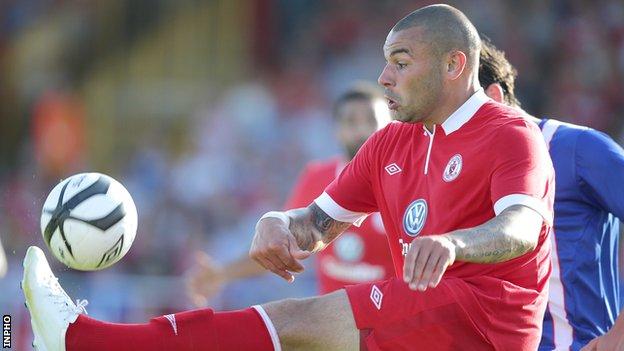 Ballinamallard United boss Whitey Anderson has described the capture of Anthony Elding from Sligo Rovers as the biggest signing in the club's history.

The 32-year-old former Grimsby Town and Leeds United striker has signed as one-year contract with the Irish Premiership club.

The much-travelled Elding helped Sligo win the FAI Cup last November and was most recently with Cork City.

Anderson said the signing was a massive boost for Ballinamallard.

"Anthony has had a fantastic career so far - 16 years as a professional footballer," said the Ferney Park manager.

"Players like him do not come around too often. He wanted to go part-time and re-locate back to Sligo for family reasons.

"We lacked a goalscorer last season, and hopefully Anthony will change all that. He still has a lot to offer.

"It has worked out well for us that he came back to Sligo from Cork with his family.

"We were desperate to get Anthony signed, and thankfully everything has worked out for us."