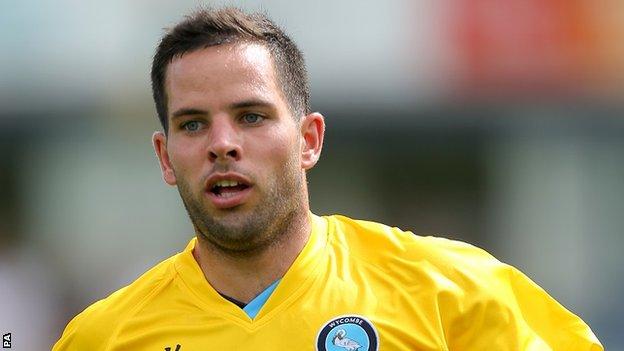 Versatile defender Sam Wood has signed a new contract with Wycombe Wanderers, keeping him at Adams Park until 2016.

Wood, 27, was signed from Brentford two years ago and has impressed at both left-back and left-midfield in his 87 appearances to date.

He follows Gary Doherty and new arrivals Paul Hayes and Aaron Pierre in committing his future to the club.

Manager Gareth Ainsworth expressed his delight at the news, describing Wood as "a really important part of our plans".

He added: "To keep Sam here is a massive plus for me, his team-mates and the supporters.

"He's got an excellent delivery, he's versatile and he's got just the sort of character I want around the dressing room."