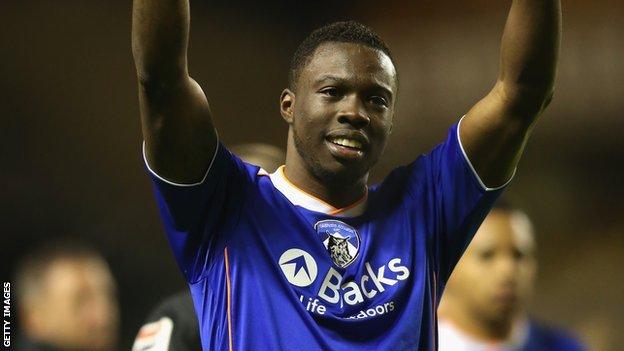 Angola have named several uncapped players in their 25-man squad for friendly internationals next week.

With an eye on the upcoming 2015 African Nations Cup qualifiers, they have moved to enhance their side with European-based talent.

But they have still to convince two of their major targets to commit their international future to the 'Palancas Negras' despite a charm offensive by Daniel Chipenda, a former Portuguese-based Angolan international who is now general manager of the national teams.

He held discussions last month with Wilson Eduardo of Sporting Lisbon and Nacional's Ricardo Baptista, hoping to get both to give up the chance to play for Portugal, where they were born to Angolan parents, and play for Angola instead. Both are yet to make a decision.

They are likely to make their debuts a against Morocco in Faro, Portugal on 28 May and also play against World Cup-bound Iran in Hartberg, Austria two days later.

He was born in Portugal but his mother is Angolan and his father from Sao Tome e Principe.

"It would be a pleasure for me to play for the Angolan team," Rudy said in an interview in the Portuguese sports paper A'Bola. "I'm looking now to win the confidence of the coach and to get a chance to play for the Palancas Negras at the Nations Cup."

Antonio was born in Switzerland and has previously been called up by the Swiss under-20 side.

Geneva-born Kusunga moved to Oldham Athletic last August from FC Basle, who he played for as a substitute when they knocked Manchester United out of the Champions League.

The 21-year-old Christovao is from Netherlands, moving to newly-promoted Cambuur this season after growing up at FC Groningen.

All come from Angolan families.

Vetokele was born in Luanda but grew up in Belgium and has played for them at under-21 level. He moved to Denmark two years ago from Cercle Brugge.

Angola do not start their qualifiers until September but are giving new coach Romeu Filemon, whose rein started with a draw in a friendly against Mozambique in Maputo in 5 March, a chance to put together his team.