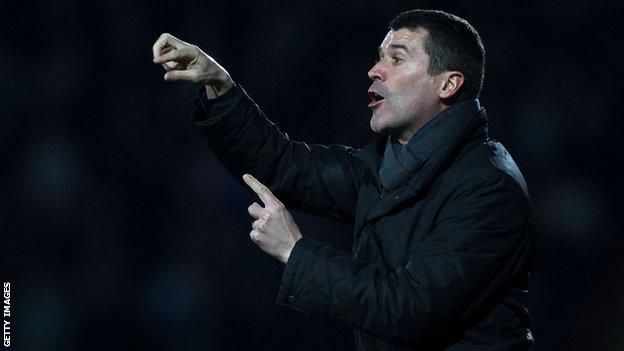 Netherlands manager Van Gaal, 62, has signed a three-year contract to take over after this summer's World Cup.

"It's been a tough season for United, [but] fingers crossed he'll do the business - I'm pretty sure he will," Keane said.

The Dutchman, who has won titles with Ajax, Barcelona, Bayern Munich and AZ Alkmaar, will become United manager after leading the Netherlands in Brazil.

"He is obviously a top manager with lots of experience. His contract was up with the national team, so that fell into place nicely," Keane added.

United sacked Moyes in April, less than a year after he replaced Sir Alex Ferguson as manager. Midfielder Ryan Giggs, 40, took charge for the final few weeks of a campaign that saw the club miss out on European football for the first time in 25 years.

Republic of Ireland assistant manager Keane, 42, who won 17 trophies in a 12-year playing career at Old Trafford, feels that Van Gaal will need to undertake a significant rebuilding of the United squad.

"Of course it's a big job. They need some players - I've said they need five or six players [but] they will bounce back. They are Manchester United."