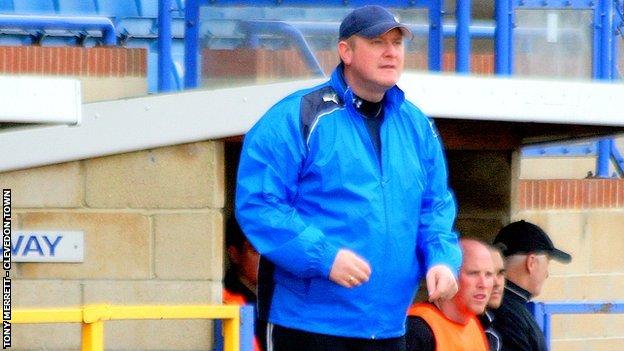 Hereford United caretaker manager Peter Beadle, the man who led the Bulls to their amazing final-day escape from relegation, has left the club to take over as head coach at Sutton United.

Hereford responded by winning three of their last five games to survive.

What Beadle was about

Peter Beadle scored 83 goals in 355 Football League appearances, half of those for Bristol City and Bristol Rovers, while other clubs included Gillingham, Watford, Port Vale and Notts County.

That kept the cash-strapped, up-for-sale club in the Conference Premier.

Beadle, whose youth team reached the fourth round of the FA Youth Cup this season before going out to Manchester City, was a contender for Hereford's managerial vacancy, and was invited to apply for the position, but it is understood that he was not actually interviewed.

He has instead opted to move to Gander Green Lane to assist Sutton manager Paul Doswell and will take up his new role on 1 July.

''I'm delighted to have been able to appoint Peter," said Doswell. "He's a UEFA 'A' coach, who has been a friend of mine for over 10 years now and did an excellent job with Hereford last season."

Sutton, who finished second in the Conference South last season, missed out on promotion, losing in the play-offs to the team who were eventually promoted, Dover Athletic.